The art of assembly

Meet our master assembler Nicola and dive into his work

It is time to slow down, chill and appreciate the art of true artistic manufacturing.

Discover the artistry of an antique trade, the beauty of Venetian Glass Making Tradition and our unique country.

Italy and its people. 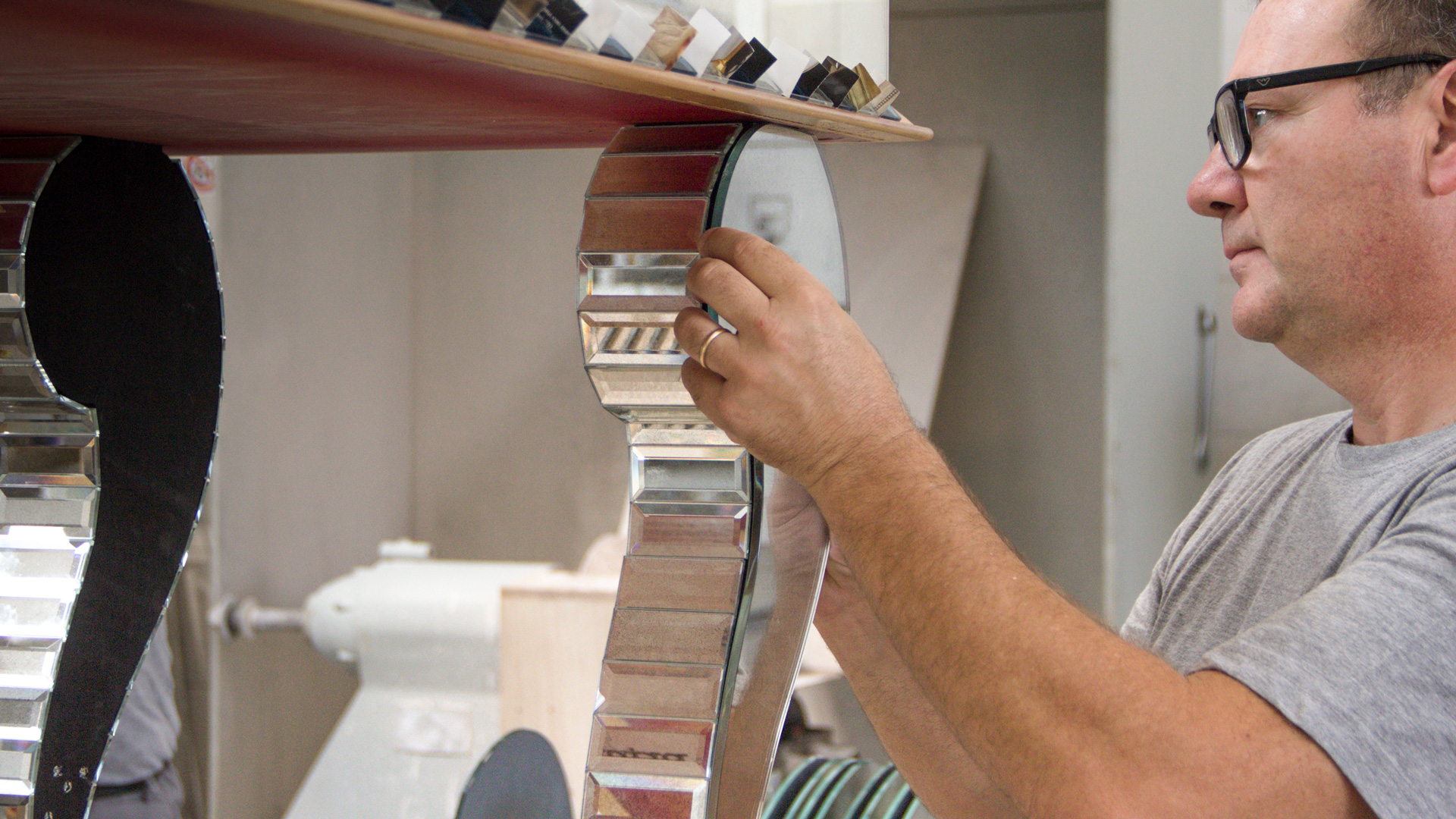 The Master and his Art

Focus on: Fitting and Assembly

The Griffon console belongs to the Champs Élysées family line.

The result is a precious and unique jewel.

Nicola, 52 years old, spent his childhood in Martellago where he attended secondary school.

He later moved to Noale where he currently lives with his wife and two children aged 12 and 21.

In the future, he hopes to continue working at Arte Veneziana because it is the job that has made him who he is, technically and personally.

The art of assembly

Ready to be shipped

His great passion for his work and 36 years of experience at Arte Veneziana make Nicola one of the most experienced and attentive fitters in the company.

His work consists of assembling the result of engravings, wooden structures and glass; creating the finished product.

The must-have tools for his job are his hands, a few screws and a lot of precision.

What are the benefits?

Difficulties in this laborious work can always be around the corner: the pieces on Nicola's workbench are very fragile and he can't risk making mistakes because of their uniqueness... Long story short, it's all in his hands!

Are you a designer? Is something swirling around in your mind? We can help you realising your concepts by creating the perfect tailor-made solution you are dreaming of
Contattaci